Our innate state of being is that “We are healthy, we are loved”

Infrared saunas work by harnessing the absorbed heat of an object in a small enough environment so that when you sit close enough to the source, your core body temperature will rise to the point of sweating. The most common objects used in an infrared sauna are carbon and ceramic compounds because they hold and absorb the most heat. The molecular properties of carbon and ceramic change when heated—when an object absorbs infrared energy, it causes its molecules to activate and move. When they move, infrared energy is released in the form of invisible light. When you sit close to the infrared heat coming out of a carbon or ceramic infrared heater, your body then absorbs the infrared energy, thus charging your body’s particles and raising your core body temperature. The most important factor for receiving health benefits in an infrared sauna is raising your core body temperature. As a result, your body will excrete toxins, you will lose weight and recycle old cells, so you must have a sauna that gets hot.

The objective of an infrared sauna is to produce a deep and sustained sweat by whole body hyperthermia, and no more than that. In order to hit this exact measurement, you must heat the body by using an optimal wavelength of light (the Peak Emissive Wavelength) that results from the thermal radiation of an object (the surface temperature).

How Does it work?
“Far infrared wavelengths decrease the size of water clusters [in the body], giving them greater mobility and penetration in and out of body tissues. For it is when these hyperactive or energized water molecules move in and out of cells that they also carry toxins that previously were stuck. FIR energy actually causes a resonance dance between the water and chemical molecules to mobilize and unite them.” These combined molecules are then moved out of the body through the most effective means it has— the skin. “The only way out is sweat.” (Rogers M.D., 2002, pg. 218).

The process of storing these toxins is called bioaccumulation. Toxins come in the form of drugs, pollutants, preservatives, pesticides, heavy metals and poisonous substances, to mention just a few!

So what do toxins do to you?

When they are absorbed into your body, toxins interact with enzymes and confuse cellular receptors. This does not allow for normal cellular function, as the cell is confused by the toxin and its electrical receptivity is off sync, throwing off your homeostasis. This is dangerous because we are made of cells that need to reproduce. Each cell has a job and it can’t function properly when toxic. Documented illnesses due to toxicity include cancers of every organ system in the body, as well as leukemia, liver disease, pulmonary and cardiovascular damage, anemia and blood changes, nervous system disorders, immune system damage, psychological damage, reproductive and fertility impairment, and kidney dysfunction. Toxins are stored in adipose tissue—fat cells. There are many chemicals, pesticides, and preservatives that exist today that didn’t exist 100 years ago, and the body has no natural reaction to these toxins. They simply accumulate in the body until it’s too late. But there is a way to get rid of them—sweat!

“The bottom line is that sweat is the only proven method for getting the most damaging toxins out of the body. There are no drugs, no surgery, no chelation, no other detoxification methods with before and after measurements proving that unwanted chemicals like PCB’s and pesticides were eliminated.” (Rogers M.D., 2002, pg.218). 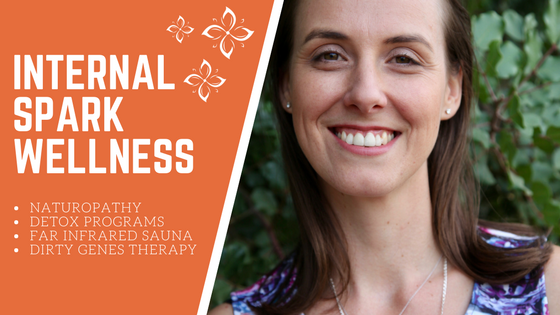